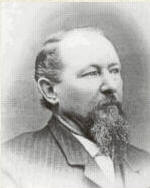 As one of the oldest family institutions of its kind, Muster Funeral Homes has developed a personality so distinct, that a great many people have come to regard us not merely as a business, but more as a life-long family friend. We are your friends and neighbors who are here to answer your questions, guide you through uncertain times, and offer services that will exceed the standards that people have come to expect at Musters. Our heritage is "A Reputation That We Strive To Live Up To . . . Not On."The Muster family has been serving the people of McLean County and the surrounding communities of western Kentucky for more than 155 years. Operating through six generations of service, Muster Funeral Homes is one of the oldest family-operated funeral homes in the Commonwealth of Kentucky as well as the United States. During this time, many families have turned to the small town personal services and homelike atmosphere coupled with innovative ideas and well maintained facilities of Muster Funeral Homes.

The origins of the Muster family in the funeral business date back to the early 19th Century. The Filson Club of Louisville, Kentucky has records and accounts from the cholera outbreak of 1822 in Jefferson County. This outbreak claimed a number of lives and greatly decreased the population of the booming new town of Louisville. John Muster of Jeffersontown, Kentucky is noted as being one of the two good Samaritans who helped tend to and bury the dead during this outbreak.

John Muster's son, John Henry Muster, a carpenter, moved to the Guffie area of McLean County, Kentucky, during the early 1850's - ten years before the American Civil War. He was a carpenter by trade, and his craftsmanship was often requested in the building of caskets for area deaths. There are currently three houses still standing on Main Street in Calhoun that were built by John Henry. He purchased two horse drawn hearses; a white one for ladies' funeral services and a black one for men's services. John Henry eventually became a full time undertaker as people requested that he handle additional aspects of the funeral service.

During these days, there was not a need for what we today know as a 'funeral home.' The embalming was done at the home, as well as the visitation or wake. The funeral service would most likely be held at a local church.
The Muster Family expanded its service offerings in 1928 with the purchase of the first motorized Invalid Coach (Ambulance) in the county. The county wide ambulance service was operated continuously with the help of many volunteers until 1986 when the McLean County Fiscal Court assumed operation of the service.
Modern day funeral homes evolved during the mid 1930's in our area. Many people have used our facilities as their home during a death in the family. Our location of 300 Main Street was converted to a funeral home in 1936 and has served as the Calhoun Chapel Facility since that time. 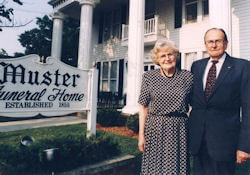 The Livermore Chapel of Muster Funeral Homes was added in 1957 with the acquisition of the former J.P. Hughart Funeral Home and moved to its current location of 212 Broadway.
Today, the fifth and sixth generations of the Muster Family are active in the daily operations of the funeral home. The primary goals of our family are to serve the people of the community like our own family and maintain funeral facilities that everyone will be proud to call their funeral home. 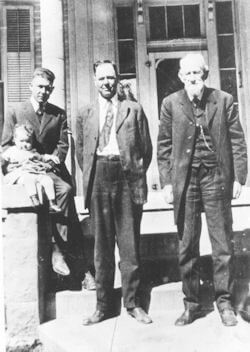 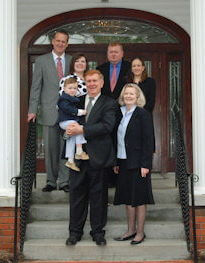 Our Family and Staff

Our Service In Your Town