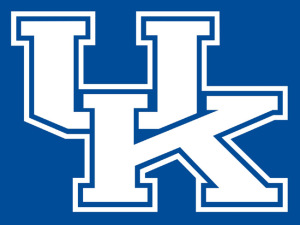 Sherrell Helm  86, of Pleasant View, Tennessee went home to be with the Lord on Tuesday, September 13, 2022 at Northcrest Hospital in Springfield, Tennessee.  Sherrell Helm was born November 16, 1935 in Livermore, Kentucky to the late Oreste Carter and Mary Ellen King Helm and was married to the former Ann Marie Hayden May 18, 1956.  Sherrell was a graduate of Calhoun High School, attended Kentucky Wesleyan College and received his Bachelor of Science Degree in Civil Engineering from the University of Kentucky in 1961.  He was a member of First Baptist Church Joelton during his later years and served as a deacon and Sunday school teacher for many years at Scenic Heights Baptist Church and Olive Baptist Church in Pensacola.  After retiring from Southern Prestressed Concrete of Pensacola, Florida, Sherrell later founded and was the President of Prestressed Technical Assistance Corporation of Pensacola, which is still a thriving company today.  He was a member and past president of Gulf Coast and Florida Prestressed Concrete Associations, was featured in numerous industry publications, was responsible for the design and construction of bridges, overpasses, buildings, and stadiums around the world, and advised both the U.S. Congress and the NTSB on design concepts for interstates, bridges and overpasses throughout the country.  Sherrell was an avid UK fan, enjoyed golf, playing his guitar, and being involved in homeschooling, where he was able to teach his grandchildren both economics and Tennessee history.  He brought a unique level of excellence to everything that he was involved in, whether it was his family, professional life or his church.  In addition to his parents, Sherrell was preceded in death by his wife of 62 years, Ann Marie Hayden Helm, who died October 13, 2018 and by his brother, Joseph Carter Helm.

Sherrell’s services will be streamed live on www.musterfuneralhomes.com at 11:30 A.M. Saturday.

Share your memories and photos of Sherrell at musterfuneralhomes.com.

To send flowers to the family or plant a tree in memory of Sherrell Helm, please visit our floral store.

A Memorial Tree was planted for Sherrell

We are deeply sorry for your loss - the staff at Muster Funeral Homes, Calhoun Chapel

Join in honoring their life - plant a memorial tree