Share a memory
Obituary & Services
Tribute Wall
Read more about the life story of Monzel and share your memory.

Monzel Slinker  81, of Sacramento, Kentucky went home to be with the Lord on Sunday, November 13, 2022 at Baptist Health Deaconess in Madisonville.  Louie Monzel Slinker was born November 14, 1940 in Island, KY to the late Clarence L. and Myrtie Mary Morris Slinker and was married to the former Edna Earl Brown on August 18, 1962.  He was of the Baptist faith and was a man of many skills working as a carpenter and an electrician throughout the years.  Monzel was a member and former master of Sacramento Lodge #735 F.& A.M. and past District Deputy Grand Master.  He was a 32 degree member of the Scottish Rite and member of Rizpah Shrine of Madisonville.  He was a current Sacramento City Commissioner who loved working with his hands and spending time with his family and his grandchildren.  In addition to his parents, Monzel was preceded in death by a brother, Carl Slinker.

Graveside services will be held at 2:00 P.M. Tuesday at Bethlehem Baptist Cemetery in Muhlenberg County with the Rev. Troy Slinker officiating.  A Masonic service will be held at the graveside. There will be no public visitation.  Muster Funeral Homes, Calhoun Chapel is handling the arrangements for Monzel’s family.

Share your memories and photos of Monzel at musterfuneralhomes.com.

To send flowers to the family or plant a tree in memory of Monzel Slinker, please visit our floral store. 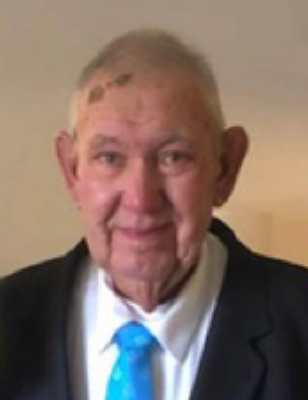